How did Esports Become so Popular?

How did esports emerge and evolve so quickly? And why did they become such a resounding success? 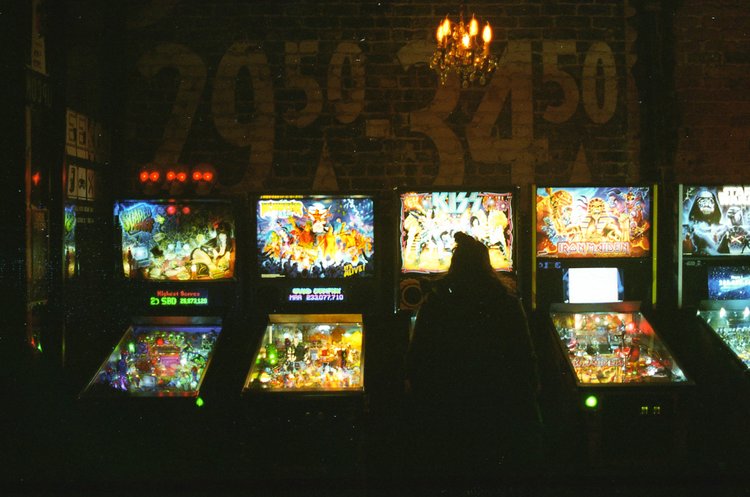 Since the days of 1930 amusement halls, coin-operated skill games have captivated the public. Kids and teens of the 1930s and early 1940s were swept up in pinball mania. The invention concerned some parents just as much as modern-day parents are concerned about modern video games! In 1942, after being considered a menace to society, pinball was outlawed by New York City and several other large cities in the United States.

And yet, the adoration for coin-operated skill games persisted. But as technology advanced, the banned pinball machines were replaced by smaller, cheaper, and more-repairable video game arcade machines. Around the same time the pinball bans were being lifted, video games were dominating the market.

But how did esports evolve out of this industry? And why did they become such a resounding success? We set out to investigate these questions and discovered why esports work so well in education:

Video games, pinball, and other popular skill games all have a common trait: they’re rewarding. When video arcades first came into vogue, the most popular games had ways of letting gamers show off their hard work. The best players of Pacman, Galaga, Contra, and others entered their initials when they achieved the highest scores on coin-op games. Because of this common coin-op trait, gamers would flock to fight over the top spots and often return to defend this space once they had it!

The same rewarding psychology was considered when home video game systems were introduced. Developers were well-aware of the replay-ability that comes with adding points and scoring to video games. Games like Super Mario Brothers and Space Invaders allowed players to compare progression by providing users with level progress and point accumulation.

Though competition was available, competitors were pretty limited. Once a gamer attained the highest score on an arcade or home console game, they were stuck waiting until an arcade-goer or friend surpassed them. The best gamers were confined to being big fish in their respective little ponds. Some esports competitions did occur during this time, but prizes were reasonably limited, and only fanatics participated.

Then came the internet and, with it, online games. Suddenly, instead of only having friends and locals to compete with, gamers could play with people all over the world. Competition became more available to everyone, giving gamers more opportunities to practice, improve, and become experts at their favorite games.

Because of the accessibility that home consoles, computers, and the internet allowed for, gaming vastly diversified and became much more popular. Over the years, many new genres have emerged, making gaming more attractive to many folks. With a wider variety of games came new options for competitions and new ways for gamers to showcase their rewards and achievements.

As video viewing platforms like YouTube became more popular, content creators began to find success by uploading walkthroughs and tip videos on popular video games. Though originally silent, some creators started to talk and make jokes over their gameplay, thus creating the letsplay genre. The videos became massively popular, catapulting many internet personalities to stardom. With this trend and the streaming genre that followed it, video games became accessible to a whole new collection of audience members, namely, people who didn’t have access to computers and consoles that could run the games they were interested in.

Over the next few years, the two genres matured and became more popular. With this rise in popularity, large companies realized they could target a massive audience by partnering with or sponsoring famous gamers. Around the same time, online betting began to emerge in small tournaments. Bets became substantial enough that some companies turned their attention to sponsoring tournaments too!

The rest, as they say, is history. These subsections of gaming culture worked off of each other to form the massive industries that are extant today. Trends suggest that they will continue to grow for years to come!

At this point, you might be wondering, “Why does this indicate that esports are a perfect addition to the classroom?” Based on the trends in history we’ve seen, the reasons are as follows:

Ready to bring Esports to your school? Discover the steps with this blog: