For the sake of your students and their success in careers, here’s why you should add esports to your official school lineup: 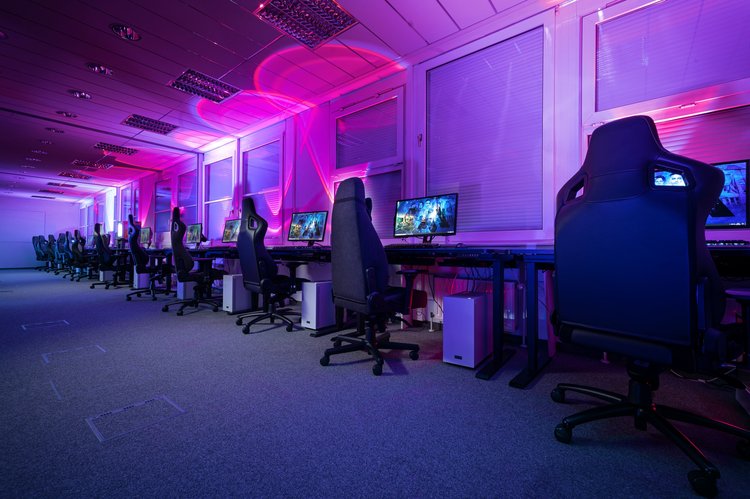 Perhaps one of the greatest surprises of this century is the rapid rise in popularity of professional esports. Once a niche hobby for a small subculture, the esports industry has become one of the most watched competitions, competing even with many traditional sports. Even before the pandemic, experts reported and predicted rising interest in the genre. When everyone was stuck at home these last two years,  esports launched into mainstream popular culture.

With the increase in esports viewership and engagement, particularly by children and young adults, schools around the country are now asking, “Should schools make esports an official school activity?” We at Mastery Coding know the importance and benefits of bringing esports to schools in the US. For the sake of your students, here is why you should add esports to your official school lineup:

Considering esports an official activity can incentivize video game loving students to maintain better grades in order to participate in a team. This condition works just like the rule that encourages athletically minded students to maintain certain grade levels to join and stay in sports teams.

In the worlds of academics and parenting, there’s a preconception that students tend to prioritize video games over academic duties. Though games have become much more inclusive to all groups of students, even those that excel academically, this bias has persisted. Adding a minimum grade requirement to a scholastic gaming group can help combat this bias, thus allowing students to enjoy gaming without worrying that the adults in their life won’t see it as productive.

Besides the incentive to boost their grades, being part of an academic esports team equips students with a variety of skills to add to their resumes, applications, and college essays. From competing as a team, students can learn incredibly valuable life skills like cooperation, teamwork, sportsmanship, strategy, and more. Learning these lessons from being on an official team will mean much more to admissions officers and hiring managers.

Additionally, having documented esports experience opens up a significant amount of scholarship opportunities for students. Some students might even be recruited by college esports teams! To learn more about esports scholarships, see this article from NCSA.

Beyond improving students’ opportunities for the future, making esports an official school activity gives you the opportunity to teach valuable lessons to students that are engaged and present. An official team is something much more than just a group of students playing. It yields directed and meaningful lessons that will stick with students long after they graduate.

With school guidance, an esports team gives students the opportunity to learn a plethora of soft and hard skills. When it’s made to be academic, esports can become much more than just playing video games. Instead of simply learning how to play a game, academic esports can teach students social emotional skills, stress management, how to give and receive constructive criticism, leadership, and more!

Adding an official esports team to your school is an efficient way to aid your students in finding their own success. Students that engage in an official team learn valuable lessons, are incentivized to perform well in academics, and are given important experience that won’t go unnoticed by admissions officers and hiring managers.

But, the benefits don’t stop there! To discover more about the opportunities that esports bring, read The Benefits of Esports and What the Research Says About Esports.

Ready to set up an official esports team at your school? Mastery Esports takes the hassle out of esports education. With Pathway Esports, teachers can focus on supporting their students, while we take care of the educational heavy-lifting. Facilitate esports without any prior esports coaching experience.