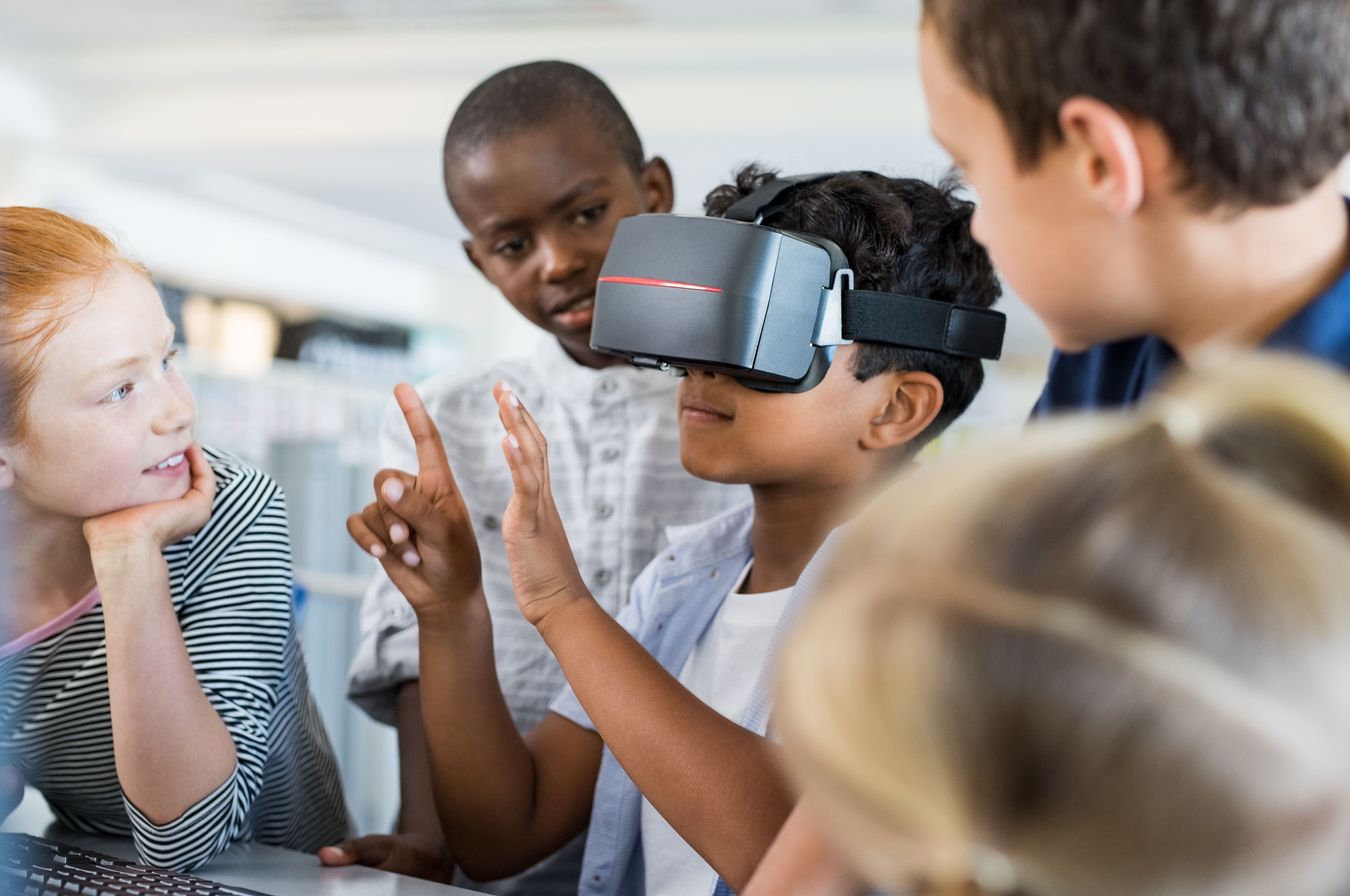 Video games are coming soon, to a school near you!

All across the country, educators are applying gaming to their classroom - and education to gaming!

Read below to find out what the movement is, why it's happening, and how you can expect to see your child's education shift towards modernity:

What is the Game-and-Learn Movement?

The Game-and-Learn movement leverages gaming to facilitate education. The idea isn't about adding games to give students a break from learning material, though. Instead, it places games within the learning material in a way that improves engagement and educational efficacy! The games are used to aid the learning experience and serve as a way to keep students engaged as they evaluate and further their understanding of the core concepts they're learning.

In recent years, the movement began adding mainstream video games into the classroom setting. Though it may feel at first like some education frontier, this idea isn't wholly new! As the internet becomes more available, many teachers are finding online educational games for their classrooms. This has been happening in classrooms across the country, since the millennial generation was in elementary school.

So, what's the big deal? Why are we talking about this now? It’s because the type of games being implemented in classrooms is changing. The world of education has found that even games not designed for teaching have a place in the modern classroom.

What are the Benefits of Game-and-Learn?

First and foremost, adding high-quality and well-loved games to the curriculum can make education fun. Kids and adults alike enjoy playing, and that doesn't change when they're in a learning environment. It can break up the monotony of the traditional method of being talked at to learn a concept. Adding games to or even just gamifying courses has been shown to make education for all ages more enjoyable for the learner.

The benefits don't stop there, though. The game-and-learn format can also be used to elaborate on and even solidify concepts taught. At Mastery Coding, we got to see this firsthand when we launched our Among Us Game-and-Learn™ camp over winter break. Using the game and its surrounding game theory, we were able to teach the campers concepts like computer science logic, internet safety, and the scientific method by giving them related challenges to complete in their games after they learned the lessons. Instead of designing a scientific experiment, for example, our campers were tasked with hypothesizing their own game strategies and then testing them out in the game. By using this method, campers were simultaneously reviewing the concept that they learned and using it to improve at something they already love to do.

Want to learn more about the benefits? Check out this article from Teach Starter or this one from Resilient Educator.

When Will Game-and-Learn be in Schools?

Game-and-Learn has been a part of education for ages. Even if you're out of school now, you’ll likely recall a time when you played a game in class to learn something. Before the internet was at our fingertips, the games you remember may have been played on a blackboard. Perhaps you played Jeopardy with your class after a lesson or took part in a spelling bee. Video games are merely the next step in this education evolution. To keep students engaged, we can count on teachers to follow the trends that kids enjoy.

Video games have a long history of controversy, which is why this particular step often warrants more attention and concern than earlier forms of gaming in classrooms. Since almost the beginning of video gaming, there's been controversy surrounding it. Parents have worried about violence, addiction, and the effects of screen-staring since the 1970s.

It's incredibly unlikely that your teacher is going to throw your kids into Mortal Kombat or Grand Theft Auto V. The movement takes great care in selecting age-appropriate content for education. More likely, you'll see your child playing games that you've already approved of at home! Your child might be playing Scribblenauts to practice vocabulary, Super Mario Marker to practice story creation, or using Minecraft Education Edition to learn all sorts of new concepts!

Also, gaming addiction and screen-staring concerns are already being addressed. Educators are wise to the difference between healthy and unhealthy gaming and will keep that at the forefront of their lessons.. There is already a big focus on productive gaming in the world of education.

After our success with both our Among Us Camp and our Pathway Esports program, we are expanding our courses that focus on gaming and learning together. We've found that this format works phenomenally for after school programs, camps during school breaks, and even in the traditional bell schedule!

Game-and-Learn provides students with extra knowledge in a fun way that doesn’t feel like they're just learning. For students in our curriculum, learning standards-based curriculum is a side effect of having fun and getting better at a game that they care about. If you're interested in our offerings, check us out!

Already, schools and top education companies are employing this strategy in their curriculum. It's likely that, as technology advances, we’ll see this more and more in classrooms and extracurricular programs!