The History of Esports, Gaming, and Play

Competitive play is a foundational aspect of the human experience. When the world went digital, players turned to esports. 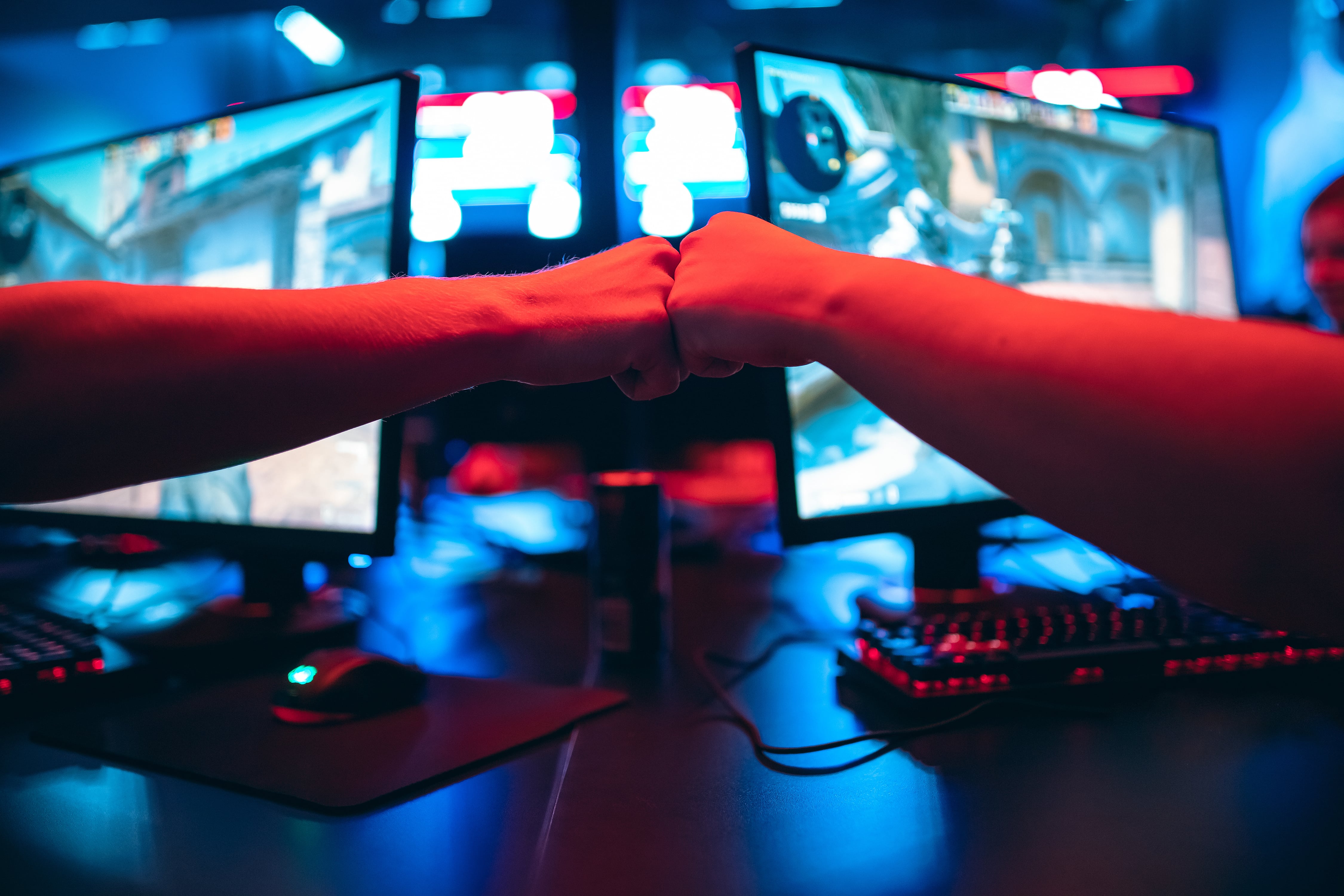 “Play gives children a chance to practice what they are learning.”

To Play Competitively is Human

Play is a foundational aspect of the human experience. Behavioral scientists have discovered that play is not a learned trait but rather a core human instinct. When safe and well-fed, humans naturally shift to play and competition. This discovery has shaken the world of archaeology, inspiring many experts to wonder if ancient artifacts originally labeled as ritualistic or religious may actually be primitive toys.

Many experts believe that this instinct has repeatedly acted as a primary catalyst for the development of human societies. The competitive games that are invented in any society are often closely tied to the skills needed to function in it! As the learners played, they were able to hone the skills passed down to them and often surpassed the previous generation, advancing the entire group. Some of the earliest games found in ancient hunter-gatherer societies, for example, appear to be mimicries of important survival skills. The games from these early periods involved using common materials to create play-versions of useful items. It is likely that these young learners found ways to improve the crafts through their play, as playful crafts were often less uniform than their functional counterparts. This period of play likely created competition between players. As they competed, better designs won and were adopted by groups for functional use.

As societies evolved and shifted, so did their games. When the Egyptian culture emerged, so did the board game, Senet. As a society focused on religion, the game became a representation of the journey to the afterlife. This pattern continued with the Mesoamerican Ballgame, which is thought to have been used to train warriors, and the East Asian game of Go, which was originally played by the political and military elite to develop strategic thinking and mental skills.

When the world went digital, we saw the same trend happen all over again.

The Age of Electricity

When society invented electrical devices, we began our shift to the modern age. Engineers, keeping with the pattern of previous humans, almost immediately sought to create games on them. As early as the 1940s, video games were made and played. One of the earliest games was called the Cathode-ray tube amusement device. It asked players to turn two dials and align a beam of light to specified locations before a simulated mortar shot through the tube.

Though the Cathode-ray tube amusement device was never released to the public, the drive to make the new tech playable persisted. Now, 80 years later, the number of video games is overwhelming - and increasing each year!

As soon as games were made that allowed players to compete with each other, the industry saw rapid growth. The introduction of multiplayer games captured the minds and hearts of those involved. Using the same principles that made physical games popular across history, players were able to compete to be the best in a new medium. In 1962, the very first multiplayer game, titled Spacewar!, was developed for the PDP-1 computer at MIT.

In the following years, as more computers were made accessible to the public, more and more people had a chance to try to be the best. By the year 1971, the game was extremely popular among small programming communities. It continued to increase in popularity past these circles! In 1972, Rolling Stone Magazine sponsored the "Intergalactic Spacewar! Olympics" at the Stanford Artificial Intelligence Laboratory - creating the very first esports competition.

Thus, the world of esports was born. Over the next 50 years, the industry skyrocketed.

Through the '80s and '90s, the interest in professional gaming continued to flourish. In the years following the first tournament, increased coverage and broadcasting of competitions from traditional sports outlets like ESPN legitimized them. As a result, esports now boasts an audience of nearly 500 million viewers. As audiences increased, advertisers and sponsors followed, and esports became a multi-billion dollar industry.

Fast-forward to today, and we see novel careers, new forms of entertainment, and a generation competing to be the best at skills that were unimaginable a mere hundred years ago.

Like the competitive games of yesterday, it is clear this new type of competition is in line with the technologies that define our time and the skills to succeed within it. Only time will tell what advancements it will bring to the next generation and how these forms of competition will shape and improve our future.