Your Brain on Video Games

Are there benefits to video gaming and playing esports? Here's the answer, according to science! 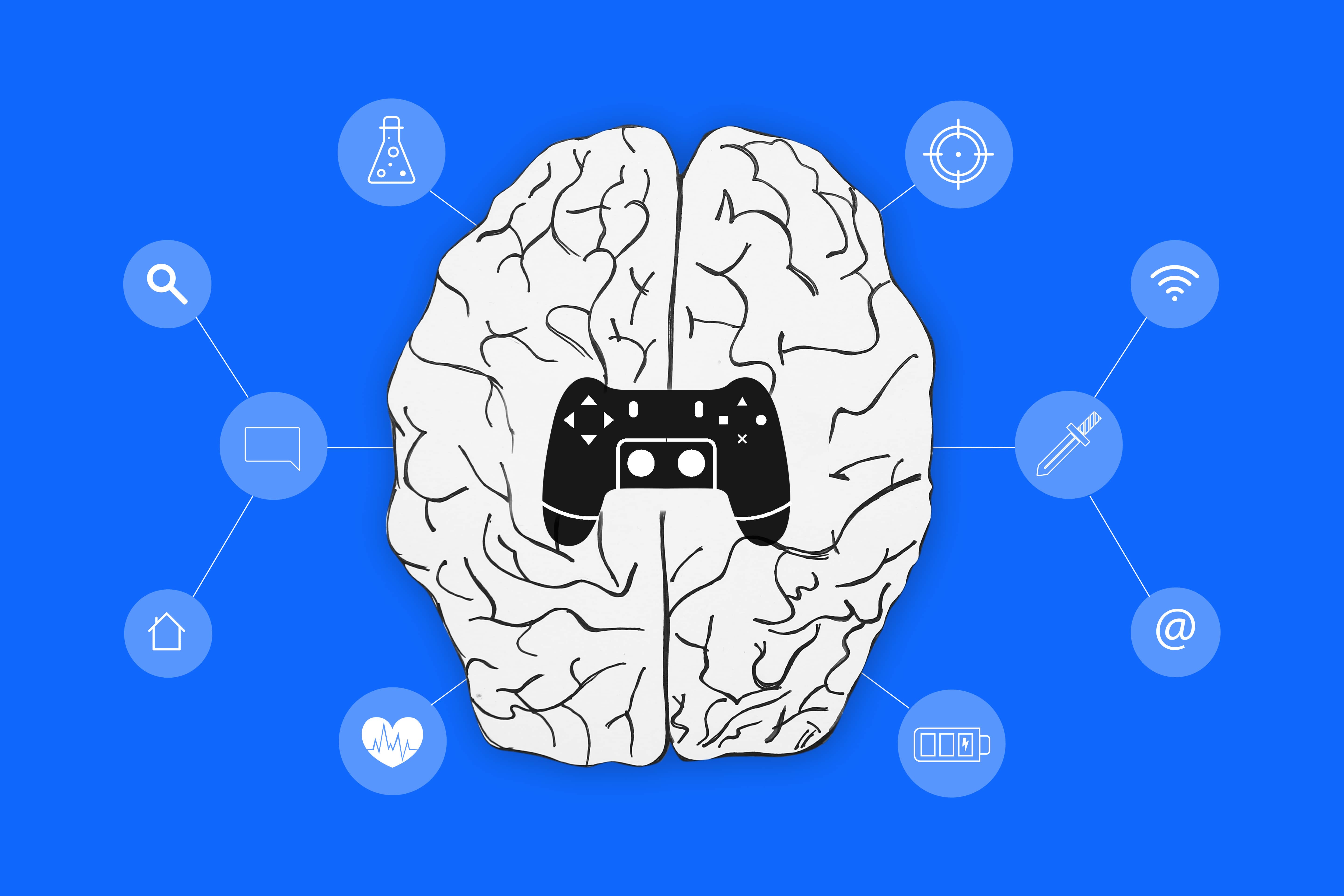 Are There Benefits to Playing Video Games? Here's What Researchers Have to Say:

As video gaming continues to rise in popularity, many scientists have become fascinated with discovering how playing affects the brain. Though addiction and other controversial effects often take the limelight, an enormous amount of studies have been released that highlight under-reported benefits!

We dove into the worlds of neuroscience and psychology to compile studies that paint gaming in a different light.

Are there benefits to gaming? Here's the answer, according to...

Note: Some of the sources used in this article are scientific journals hidden behind paywalls. If you'd like to read them, reach out to the authors directly! Scientists can often send you their papers for free, even when their publisher will not.

Thousands of studies have found that video game play can have a strong effect on someone's ability to picture the rotation of an object mentally. This effect is so intense that researchers have found that even just a few hours of practice) can improve this skill!

Several papers have found that the skill can have many benefits. One such study found that mental rotation improves the processing speed of the brain's right-hemisphere, meaning that problem-solving may happen at a faster rate for individuals with this ability.

Recently, researchers have found that video gaming is correlated with better math scores, especially with geometry. Gamers are better at reasoning with shapes and figures and might even experience less stress when faced with math work and tests! Just like with spatial reasoning, even a few hours of gameplay can improve this skill.

Another study found that not all computer-use has the same benefit. It is particularly gaming that improves this academic math skill. The study compared social media use and gaming to math scores and found that while gaming improves scores, social media use does the opposite.

Fast-paced action games aren't the only genre that benefits players! Even the puzzle-loving strategy gamer can benefit from doing what they love. In 2019, a study from the University of Oulu found that playing puzzle games and strategy games can improve analytical, logical, and creative reasoning.

The study also revealed that frequent strategy gamers spend more time on solving puzzles and put much more effort into finding the best solutions to their problems. This trend could indicate that gamers could use puzzle-focused games to think more carefully about real-life decisions. With games like these, problem-solving could both emerge and sharpen.

Even platformers can have a benefit! A study from 2013 found that playing Super Mario 64 for 30 minutes a day improved memory, planning, and motor skills after just two months. The study performed MRIs on their test subjects and found actual changes in the brain's makeup compared to the control group. The brain regions involved with hand-eye coordination, navigation, memory, and strategy all had new activity, especially with the test subjects that looked forward to playing!

Another study saw that specific games could mitigate brain aging's negative effects! This study saw improvement in aging adults after a month of playing a racing game designed for the study. Not just did they show general function improvement, there were also reports of improved memory and even better attentiveness that lasted for months after the study took place.

A study from 2010 found that action games, like first-person shooters, can be used to improve focus. When gamers mainly play fast-paced games, they become better at controlling what visuals they focus on in other situations. This skill could result in faster decision-making and even comprehension, as these gamers can block out the extra details that aren't necessary to their situation!

This skill could have particular use in driving. If a situation arises that requires a quick decision, action gamers might actually be able to process their decision faster to make a smart decision. The study also points out that this skill could help those with visual deficits, improving their ability to process what is happening around them.

Want to Learn More? Check Out These Articles: