How do Esports Players Make Money?

Just like with traditional sports, esports offers many revenue sources (and career options) for their players. 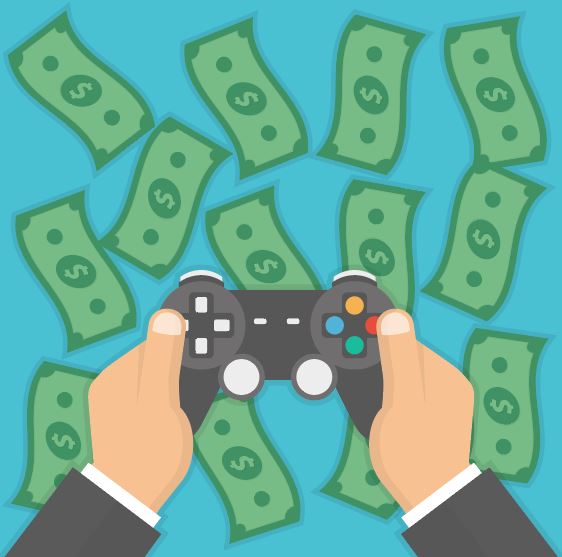 Just like with traditional sports, esports offers many revenue sources for their players. Discover the top 5 most common ways that video game athletes can make a living:

It’s no secret that esports popularity has rapidly increased over the last 20 years. Once a niche hobby for computer enthusiasts and arcade-goers, esports today have become a global and mainstream phenomenon. Nowadays, with audience sizes that compare to -and even exceed - other professional sports’ viewership metrics, gamers have flocked to dedicate their lives to becoming esports athletes.

Full-time esports athletes have found great success -top players compete in tournaments for ever-growing prize pools, with the top players earning millions from competitions alone! With much revenue growth expected in the industry, now is the perfect time for aspiring gamers to enter the field and aim for professional qualification.

But, how is it possible that esports athletes are making livable wages? Where are all those millions of dollars coming from?

Just like with traditional sports, esports offers many revenue sources for their players. Discover the top 5 most common ways that video game athletes can make a living:

Perhaps the most obvious way to make a living in professional esports is by winning competitions. Esports prize pools are often enormous. With the correct game, the best-of-the-best players can reasonably sustain themselves on prize winnings alone.

As of September 2021, the best paying game is Dota 2, whose 2019 tournament set the record for the largest overall prize pool (over 34 million dollars!). Following Dota 2, Fortnite, PubG, LOL, and Honor of Kings are the next best options.

Though, in theory, this source of income could support a team or player, in practice, depending on this revenue stream alone is unreliable. For that reason, many esports teams rely on multiple means of earning a living.

The most significant source of income for esports players is sponsorships. Marketers and advertisers alike are discovering the value of supporting esports teams! With an audience size approaching 2.5 billion worldwide, it’s no surprise that companies are entering the world of esports sponsorships.

This sponsorship progress is shaping up to work just like other more traditional sports sponsorships. When teams gain a large enough following and high enough skill to be considered professional, large companies will approach them with offers and contracts. Teams that accept these contracts create advertisements, display sponsors on their jerseys, or share affiliate links with their followers to receive monthly payments. Even smaller teams are finding success with this. Small companies can reach out to teams and provide affiliate links, where teams are paid per click or per purchase!

Another way athletes make money is by promoting specific tournaments. Esports competition organizations seeking increased views will form contracts with their players where they are tasked to stream online and advertise the tournament to their subscribers.

By participating in these tournament advertisement initiatives, players can often increase their likelihood of team sponsorship, increase the prize pool that they’re competing for, and even build up a professional audience on Twitch or YouTube!

Once a team or player gains a big enough following, selling merchandise becomes an additional revenue stream. There is a large and growing market for esports, just like basketball or football team merchandise.

Popular teams like Team Liquid and Astralis find success in selling shirts, hats, jackets, and even scarves with their brand on them. When fans really like a team, they’ll often purchase and wear their merchandise to help fund their efforts.

By streaming or uploading videos, members of esports teams can make money as they practice. Players, especially those with some fame or recognition, can make a reasonable income on platforms like Twitch and YouTube.

On Twitch, players can earn an income from playing games live. With a combination of paid subscribers, donations, and even Twitch sponsorships, this revenue stream is a viable career on its own. Twitch can be an easy way for the hardworking esports athlete to make an extra hundred, thousand, or even hundreds of thousands of dollars a month!

By uploading videos of gameplay to YouTube, many players find even more success. With some editing work, some players turn their Twitch streams into highlight reels fit for YouTube, thus making more money on their practice sessions. On the platform, there are many ways to earn an income, including:

If athletes are searching for additional income or even a platform to better advertise their merchandise or their availability to sponsors, YouTube is an excellent resource!

On top of being a viable career path, esports inspires interest in other STEM careers too! Even if aspiring athletes decide against pursuing a professional esports career, enjoying competitive video games can be productive and beneficial. If you’d like to learn more about gaming and esports, see Your Brain on Video Games and The Benefits of Esports.

Are you interested in helping your young learners pursue their dreams of becoming pro esports athletes? With Mastery Coding as a partner, your school will build a pathway to success. Channel your students’ passion for gaming into college and career opportunities.