How to Inspire Young Women to Become Technologists 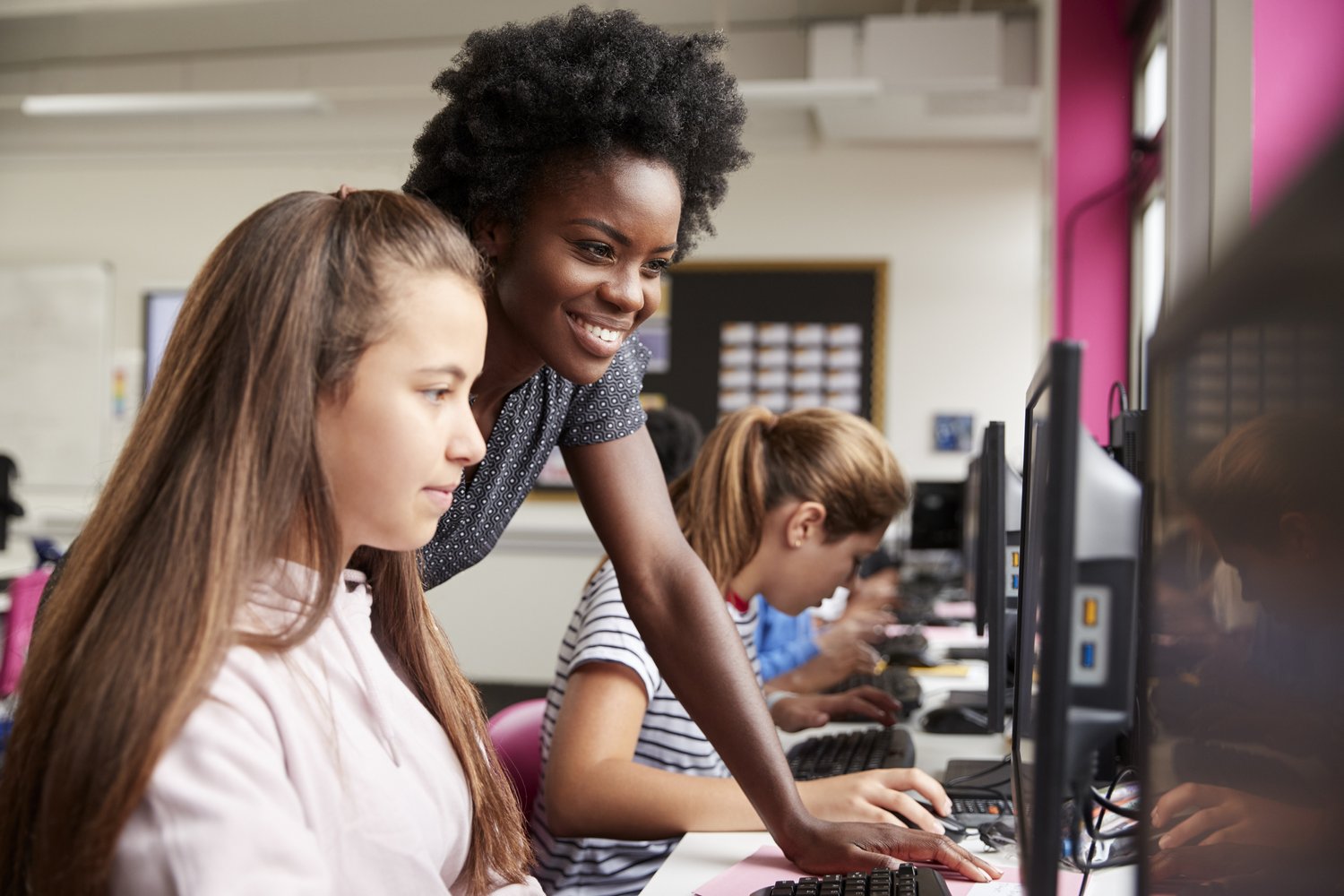 It was 2008. At the beginning of middle school, the administrators added a mandatory computer course to my schedule. I’d been playing computer games since the age of two, and, to my parents’ dismay, loved to take apart electronics. I was ecstatic to learn more about those strange and wonderful machines that created such delightful experiences.

As pre-teens, the young women in my class had already experienced over a decade of gendered socialization. From what we saw in the media, our role models, and from our social groups, we were encouraged to be creative, gentle, and artistic (In other words: girly). With copies of Twilight in our pink and purple book bags and ribbons in our ponytails, we’d skip over to a classroom filled with CRT monitors and hardware from the 90s.

After our computer course got through basic how-to and typing, we finally moved on to the real stuff: coding. Except, what the course taught didn’t really cover the diversity of code. Instead of discovering what communicating with a computer could allow you to do, my class typed lines of code as our teacher directed us to create a boyish game that I had no interest in. The graphics we added were boyish things: a mustached hero and explosions. On top of that, the mechanics were nowhere close to anything I liked! Taking creative liberties like importing custom graphics was discouraged. We were all tasked with making something that looked nothing like the games I cared about.

Through that course, I began to associate the idea of coding with cartoonish images of businessmen typing in computer rooms to create racing, fighting, and arcade-shooting games. Coding wasn’t a world for Lisa Frank colors and Barbie-styled fonts. It took me until college to discover that my image of the field was wholly incorrect. By then, my curiosity had already settled elsewhere.

My story isn’t unique. In fact, anecdotes like these aren’t even uncommon. And I was one of the lucky few young women in the American education system, who was exposed to the career path. And yet, from early on, the idea I formed of computer science culture had no place for me. There was no place for my storytelling, art, or humor in the code I saw in middle school. I, like the majority of women, lost interest in computer science before the end of high school. I wish someone had shown young me the vast creative possibilities of coding.

Since my experience as a middle school student, the American education system has made leaps and bounds to provide access to computer science education. Currently, about 51% of public schools in our nation offer at least foundational computer science courses, which is indeed a notable improvement. And yet, we’re still seeing women lose interest in coding before they enter college. Young women, despite being more likely to be exposed to the industry, still aren’t seeing a place for themselves in technology.

To maintain an interest in technology in a wider swath of young women, we must modify our computer science courses to not just be more accessible, but also to contain more content that engages everyone, not just the boys. From a young age, we socialize our women to love the arts, beauty, and individuality. For those that fit into some part of that mold, the idea of a career that doesn’t allow for creativity is simply uninteresting. When we paint programming and code as a way to make boyish things, we’re dissuading half of our population. Why would young women dream of making something in a field that doesn’t cater to them?

For far too long, we’ve done a disservice to young women. It isn’t radical to call coding one of the most robust tools humanity has to be creative with. And yet, the proportion of the population we have specifically socialized to be creative are shown computer science in a way that fails to reveal that opportunity. Fixing this wrong is of the utmost importance to the future of the computer science industry and also technology as a whole. With every diverse perspective that enters a field follows a new chance for innovation and discovery.

Furthermore, we must emphasize to our feminine learners that computer science culture has space for them, girly-ness and all. We can highlight the brilliant women that have already paved the way for them. We can talk of Margaret Hamilton and the code that landed astronauts on the moon, of Grace Hopper and the invention that led to every readable coding language we have today, of Ada Lovelace and the first ever code to be written. But we must also let them know modern women like Roberta Williams, who invented the adventure game genre, and Kim Swift, who coded one of the most loved video games of all time (Portal and Portal 2).

We can and must reveal to our young learners that computer science and coding belong to no gender. Computer science is for everyone. Once our young students see the world of computers as one that welcomes them, supports their culture, and allows their creativity to take flight, we’ll see a positive shift in equal representation.

At the very least, we’ll hold the interest of the young women that pull apart their parents’ electronics. We’ll give the girly gamers a chance to create something that they’d be interested in playing. And we’ll give the artists an opportunity to partner up with a computer to create something beautiful. This way, even if they decide against the field, it won’t be because they can’t see themselves fitting in.

To learn more about the state of computer science education, and the lack of tech education equity in the United States, visit LeakyTechPipeline.com.