Why Unity is the Best Game Engine for Beginners 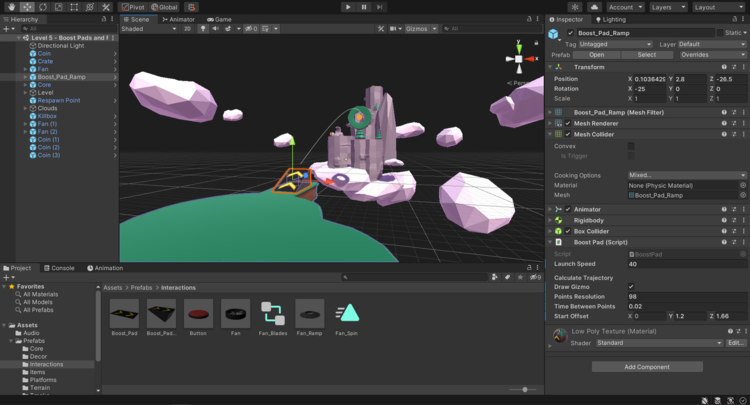 But, what makes Unity so special? Why did we choose Unity over Unreal, Godot, or any other engine?

We choose Unity because it’s the best game engine for beginner game developers.

Discover nine reasons why Unity is the perfect educational tool:

It’s Free to Use

Unless you’re working for a company with a revenue greater than $100,000 annually, Unity won’t cost you anything. That means that, instead of having to put your hard-earned money into the engine, you can use your budget for courses, assets, and certifications!

Buying software can get expensive, especially if you’re purchasing licenses for classrooms and schools. Using Unity for education purposes is free, making it an excellent cost-effective option to teach game development.

There’s a Huge Community of Developers

According to Unity, over half of all mobile, PC, and console games are made with the game engine. There are millions of developers around the world using the platform.

With such a large community comes a vast amount of support and advice for the new game developer. You can find solutions to common mistakes and difficulties with a quick web search. Advice from friendly neighborhood coders is just a click away!

Resources are in Abundance

Where there are tons of developers, there’s tons of helpful content. Besides Unity’s ever-helpful Unity Scripting API and Unity Manual, there are many video tutorials, forums, and text tutorials all over the web for Unity.

Once a beginner coder finishes a Unity Course, they’re not on their own. Even after developers receive industry-based certifications, they’ll have plenty of resources to keep on improving, troubleshooting, and developing fabulous projects.

Regardless of what device or platform you want to develop for, chances are Unity supports it! Unity boasts support for twenty different platforms!

This means that whether you want to develop for PC, consoles, mobile devices, or virtual reality HMDs, Unity has the tools you need. Plus, Unity often adds additional platforms. For an updated look at which platforms you can develop on with Unity, you can check out this article on Unity Support.

As far as game development languages go, C# is one of the easier to learn. It’s considered one of the most beginner-friendly programming languages. Compared to languages like C++, which the Unreal game engine uses, C# looks a lot closer to standard English. It’s also high-level, meaning it’s made to be more user-friendly than computer-friendly.

Learning a whole new programming language and starting with a new program can be overwhelming. With Unity and C#, that learning curve is much smoother. Plus, once you understand C#, learning other languages like C++ is much easier!

With Unity, you don’t need to worry about making your assets. The Unity Asset Store has thousands of assets that you can add to your game, and a significant bunch of them are free to use!

If you are a fan of making your own assets, it’s simple to import sprites, texture maps, and models.

Unity supports model imports from most popular applications. You can find the list in Unity’s Documentation.

Though other game engines support 2D and 3D Development, they usually tend to focus more on one of the two. Unity has much less favoritism than other engines. Choosing between 2D and 3D is a breeze -and both types are treated with equal care on the engine.

If you’re not yet sure what sort of games you’re interested in making, Unity is an excellent choice. Both the 2D and 3D versions of the engine are easy to work with and switch to.

The Unity engine’s layout is one of the easiest to learn. With modifiable windows, the engine makes it easy to find the features you need.

If the standard layout doesn’t fit your purposes, you can customize the program to suit you better. With a small amount of editing, you can move, remove, and add additional windows to your view.

Unity is the perfect engine for a small indie-developer team. Working with it is quick and easy, and sharing a project with other developers is hassle-free. If you’re interested in continuing game development past your industry-based certification, you can use this engine to quickly make games and release them on as many platforms as you’d like at once!

With all of Unity’s benefits for beginners, it’s the perfect engine to learn game development.

Want to bring Unity Curriculum to your school? Check out our courses: